Wesbytes Services for Corporate Business that are fully resilient, secure, and highly available If you’re looking for a cloud platform that can handle mission-critical applications, go no further than VMware, the virtualisation and cloud technology industry leader. VMware solutions, unlike traditional hosting, are not installed on a single server. Instead, the application or website is hosted by a network of connected virtual and real cloud servers, which provides more flexibility and scalability. High Availability is supported by VMware Cloud Server (HA). When one server fails, additional computers are immediately available to take over.

Cloud Enterprise Wesbytes VMware Cloud Server delivers the size, performance, and security to fulfil all of your company’s demands, from enhancing efficiency to lowering hardware expenses. All of this is supported by compassionate professional assistance, allowing you to focus entirely on the growth and success of your company.

VMware HA and other proactive availability technologies like as vMotion and Storage vMotion safeguard all virtual machine appliances. Enterprise-grade VMware Cloud Servers are based on a self-healing architecture that uses automated hypervisor failover to keep you online in the case of hardware failure.

The load put on the platform is automatically distributed evenly throughout the cluster of hypervisors by VMware. Because resources can be brought in from throughout the cloud, this helps to maximise the performance of individual virtual machines without tiring the hypervisors, resulting in a highly efficient and reliable configuration.

If a hypervisor fails, VMware automatically migrates virtual machines across the cloud without the need to shut them down. This functionality may also be used for doing hardware maintenance, allowing hypervisors to be pulled offline for maintenance without disrupting your service.

Send your data elsewhere with a seamless cloud solution to avoid data loss. All data is backed up daily with up to 30 recovery points thanks to Veeam Backup’s integration. Individual sites or a full server may be simply restored. Individual files and databases can be restored granularly.

A firewall for your VMs is included with every VMware Cloud Server, providing an extra layer of security between your cloud hosting environment and hostile efforts to access it. You may customise the firewall rule sets for your virtual machines based on your needs at any moment.

Scale As You Expand

Scale As You Expand

VMware Cloud Servers are adaptable and can expand with your business, whether you need to clone a server, add extra hard drive space, or switch operating systems completely. You may start small and scale up as needed with a VMware Cloud Server.

PCI Compliance thanks to Modern TLS Only Mode and WAf

PCI Compliance thanks to Modern TLS Only Mode and WAf

Need a higher spec for VMware?

Let our specialist provide you the best solution With no downtime, migrate your operating virtual machines

You may now execute live migration of a running virtual machine’s (VM) file system from one storage system to another using VMotion, a powerful component of VMware, with no downtime for the VM or service disturbance for end users. This transfer takes place while data integrity is preserved.

The following are some of the primary advantages of vCloud Director:

It’s simple to migrate to the cloud

At no extra charge, get quality service around the clock. Our Malaysian expert team is ready to help you every step of the process, from identifying the best solution to consulting and providing expedited priority assistance. Get started right away! Penang took the plunge and launched a three-day digital festival that could be experienced electronically as well as through carefully planned physical activities and live streamed dialogues. As one of Southeast Asia’s leading web hosting companies, Wesbytes  agreed to be a part of this event as their official web host, guaranteeing the event’s online activities are stable.

What is the difference between a cloud server, a virtual private server, and a dedicated server?

A dedicated server is a single physical device with fixed resources; upgrading it necessitates downtime while the actual hardware is replaced or a new server is deployed. One of the most significant disadvantages of a dedicated server is that the hardware is sold in set increments, which means you will frequently pay for resources you do not want. A virtual private server (VPS) is a virtual environment on a dedicated server that allows numerous virtual machines (VMs) to be formed using hardware hypervisors. The advantage of this over a dedicated server is that you can receive resources that are closer to what you require.Furthermore, rather than significant downtime, you may grow the server with little more than a restart. A cloud server is a collection of dedicated servers with many VMs dispersed among them. This provides you all of the advantages of a VPS with the added certainty that a failure that would take a dedicated or VPS offline, such as a disc, RAM, CPU, or motherboard failure, will not take our Cloud platform down.

virtual environment on a dedicated server, through hardware hypervisors multiple virtual machines (VMs) can be created with an allocation of the dedicated servers hardware. The benefit of this over a dedicated server is that it keeps the cost down and you can get resources closer to what you need. In addition to this you can expand the server with little more than a restart needed rather than lengthy downtime. A cloud server is a cluster of dedicated servers with VMs spread across them multiple times. This gives you all of the benefits of the VPS but with the assurance that a failure that may take a dedicated or VPS offline, such as disk, RAM, CPU or motherboard failure, will not take our Cloud platform offline.

With VMware Cloud Server, how many websites can I host?

You can host an infinite number of websites; there are no restrictions. However, you must ensure that your cloud server has sufficient memory, bandwidth, disc space, and processor to handle the demands of your multiple websites, and if you are unable to determine how much resources should be allocated to your cloud server, we will assist you in resolving the issue; however, you must contact our support team for assistance.

How versatile is PHP's configuration?

Is there a money-back guarantee?

Our money-back guarantee does not apply to our VMware Cloud Server. 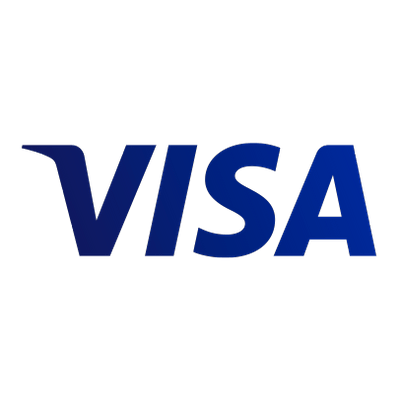